National League for Nursing Names the Best Nursing Schools in the U.S.A. 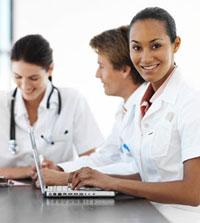 The Nursing Schools Almanac recently collected data on over 3,200 nursing schools across the US. Schools were ranked on:

What RNs Should Know About These Picks

The results are evaluated, weighted and compiled into a list of 100 esteemed nursing schools.

These universities turn out rock stars in the nursing field, and are often associated with prestigious medical centers.  Many are also located in areas known for advancements in medical research. As such, they are often wonderful choices for travel nursing as well.

The National League for Nursing is a highly-regarded nursing school accreditation body which also compiles a list of high-performing educational institutions. See their list of Centers of Excellence ™ here. »

Footnote: Information for this blog was taken from http://www.nursingschoolsalmanac.com/articles/top-100-nursing-schools-united-states