Well-Meaning Social Media Gaffes Can Cause Big Problems for Nurses 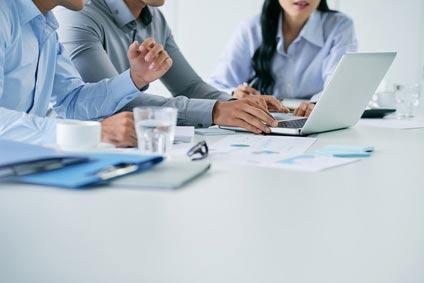 While many hospitals and healthcare systems have a social media policy in place, mistakes have been made by well-meaning nurses and the consequences can occasionally be severe. In some cases, gaffes made on social media resulted in the employee being reprimanded and even fired. As a support to our travel nursing professionals, we’ve put together a few tips to keep in mind in your social media interactions.

In a survey of 1,000 of its readers, the Nursing Times reported that only 46% of healthcare employers had a social media policy. It also found that only 35% had a policy for the use of mobile phones in clinical settings and a further 36% were not aware of any policy. According to the survey:

Travel nurses and allied health professionals are especially vulnerable to posting inappropriate material on social media because they are constantly being searched by hospital executives who are thinking of hiring them. It is critical that your social media interactions are professional at all times, even when it’s a personal activity. The following are a few examples from the National Council of State Boards of Nursing to think about before posting:

Even well-meaning advice can be troublesome. A nurse had been working in hospice care for six years. A patient communicated her cancer progress to friends and family on a hospital sponsored social media page. After one day posting about her depression, the nurse replied with a supporting post that the new medication she was receiving will hopefully relieve the depression. The nurse was shopping the following day and was approached by a friend asking about the patient’s condition and commented on the post and about the new medication. This one supporting statement breached nurse-to-patient confidentiality and in addition to potential disciplinary action, she exposed her healthcare employer to a $50,000 HIPAA fine!

Take photos for medical reasons only. A 20-year licensed practical nurse used his personal cell phone to take a picture of a patient with the consent of her brother because she was incapacitated. He showed the photo to a former co-worker he ran into and discussed the patient’s condition. Upon learning of the interaction, the group home administrator fired him for breach of confidentiality.

Do not discuss patients online, ever. A young junior nursing student asked a three-year-old leukemia patient if she could take his picture and he agreed. She posted the photo on her Facebook page declaring, “This is my 3-year-old leukemia patient who is bravely receiving chemotherapy! He is the reason I am so proud to be a nurse!” Unfortunately, the room number was visible in the photograph and a co-worker saw it, reported it to hospital executives, who then contacted the employee’s nursing program administrators.

Many travel nurses use social media to keep in touch with family and friends while on assignment. It’s important, however, to keep your content professional at all times. While it’s great to post pictures and descriptions of your travel adventures and sightseeing, you must exercise discretion and avoid posting anything associated with your place of employment, or in off-shift activities that involve drinking or activities that may be questionable to future employers. It’s becoming quite common for hiring managers perform an online search of nursing candidates before every hire.

Magnet Designation Matters to Nurses
Once thought to be the most reliable measure of...